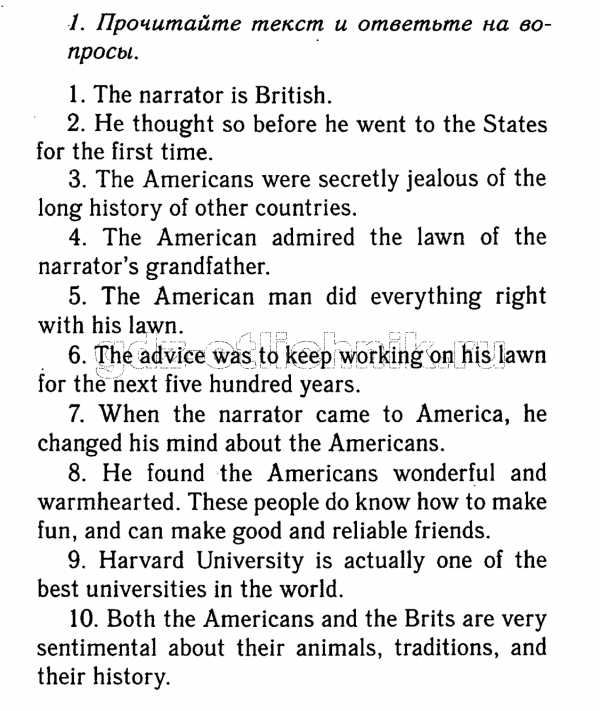 Everybody looks the same, having your own style, being proud of your school, competition in dress at school, opportunity to show that you have smth more to you than just your clothes.

Being proud of your school, suppress the individuality, discrimination because of clothes,

sense of belonging to a school, not everybody can afford trendy clothes, everybody looks the same

I. Match the words.

a) would travel b) traveled c) travel.

a) had, managed b) had, would manage c) would have, managed

1. It was my niece who got on my nerves.

2. I wish I knew all my ancestors.

3. Blood is thicker than water.

1. Can you manage your time?

2. What do you usually do to relax after school?

3. How do you identify yourself?

I. Match the words.

a) entered b) would enter c) enter

a) know b) knows c) is knowing

1. You should manage your time in order to combine studies with hobbies.

3. Your own flesh and blood.

1.Can you manage your time?

2.What do you usually do to relax after school?

3.How do you identify yourself?

5.  My sister decided that she … to the cinema next Sunday.

16. If the weather … warmer they would have gone to the country.

The Government plans to give 1) _____ dollars to assist the farmers. This money was planned for improving Sydney’s 2) _____ but has now been re-allocated.

Australia has experienced its worst drought in over fifty years. Farmers say that the money will not help them because it is 3) _____.

8) It’s an article about the ________ of the people who have destroyed many ancient statues.

1) Every week my sister (TO ATTEND) a school club.

2) These plans (TO DISCUSS) by my parents a few years ago.

3) My boss is interested in (TO COOPERATE) with Singaporean factories.

6) By now all cakes (TO EAT) by our colleagues.

7) He (TO BECOME) a billionaire before I was born.

9) Recently a new branch of the bank (TO OPEN) in Germany.

In 1997, a group of twenty British women made history. Working in five teams with four women in each team, they walked to the North Pole. Apart from one experienced female guide, the other women were all ordinary people who had never done anything like this in their lives before. Who were these women and how did they succeed where others failed?

In 1995 an advertisement about a selection for the expedition was put in several British newspapers. Nearly one hundred women took part in the first selection weekend and then twenty women were chosen. The youngest of these was twenty-one and the oldest was fifty-one. In the group there was a mother of triplets, a teacher and even a film producer.

They were a mixed group but they all really wanted to take part in the adventure and make it a success. Each of the women agreed to raise the £2500 needed for the expenses and the airfare to Canada, where the expedition began. They also committed themselves to following an intensive physical training programme before leaving the UK. The women set off as soon as they were ready.

Once in the ice, each woman had to ski along while dragging 50 kilos of baggage. This would not have been too bad on a smooth surface, but for long stretches, the Arctic ice is pushed up into huge blocks two or three metres high. The temperature was always below freezing point and sometimes strong winds made walking while pulling so much weight almost impossible. It was so easy to lose their necessary stuff. Also, it was very difficult to put up their tents when they stopped each night.

In such conditions the women were making good progress if they covered fourteen or fifteen kilometers a day. But there was another problem. Part of the journey was across a frozen sea with moving water underneath the ice and at some points the team would drift back more than five kilometers during the night. So they had to spend part of the next day covering the same ground again. Furthermore, each day it would take three hours from waking up to set off and another three hours every evening to set up the camp and prepare the evening meal. All these conditions weakened woman’s bodies and mind.

So, how did they manage to succeed? They realised that they were part of a team. Any form of selfishness could result in the efforts of everyone else being completely wasted, so personal feelings had to be put to one side. At the end of their journey, the women agreed that it was the mental effort far more than physical fitness that got them to the North Pole.

1) What was so extraordinary about the expedition?

2) What did the women who answered the advertisement have in common?

3) What does underlined ‘these’ refer to?

4) What did each woman have to do before the start of the expedition?

5) On the expedition, the women had to be careful to avoid

a) falling over on the ice.

b) being left behind.

c) losses of the instruments and the equipment.

d) getting too cold at night.

7) What is the main message of the text?

a)        Motivation and teamwork achieve goals.

c)        It is sometimes good to experience difficult conditions.

8) The best alternative title for the text is

a) Discovery of the Nord Pole

b) Staying fit in modern life

c) The team of the housewives

This is the 6 o’clock news for Tuesday 25 November. And first the headlines:

The Prime Minister has promised to help the drought stricken farmers in the northern part of the country who haven’t seen rain for nearly two years. And in Sydney a group of school children are successfully rescued from a plane which landed in the sea shortly after take-off. Transport workers are on strike in Melbourne over a pay claim and the strike looks set to spread to other states. And on a fashionable note, there’s to be a new look for the staff of QANTAS, Australia’s national airline.

The Prime Minister has stated today that he will make two hundred and fifty million dollars available to help the farmers who have not seen rain for years, get through the next five years. Money that were planned for the re-structuring of Sydney’s road system has been re-allocated to the farmers. Farmers are to receive financial assistance to help see them through the worst drought in over 50 years. Many farmers feel that while the money is welcome it has come too late to save them and their farms from financial ruin.

A group of school children who were travelling in a privately chartered aeroplane from Sydney to Queensland to take part in a musical concert found themselves swimming for the shore when their aeroplane had to land in the sea just three minutes after taking off from Sydney airport. The pilot managed to bring the aircraft and its 50 passengers down safely in the calm waters of Botany Bay where boats were able to come to the rescue of the boys. The fact that it was a weekend meant that there were hundreds of boats in the bay enjoying the good weather. ‘We owe our lives to the skill of the pilot,’ said one of the boys, but the pilot replied modestly that it was ‘a part of a day’s work’. However, all their musical instruments were lost and the children never got to play at their concert.

Such pastime as playing video games is gaining more and more popularity nowadays all over the world. There are numerous reasons for this and, first of all, playing computer games is the best way for many people to forget about their routine job and everyday problems they have to face in real life.

Nowadays, when nearly everyone has PC or a notebook with the Internet connection, online games become more and more popular. Some of them imitate real life in many aspects, as the player can communicate with characters and other players, they can marry and sometimes even have children while there are still battles and guests for those who are not interested in starting relationship.

Being a wonderful way to relax and spend free time playing computer games may also become a serious problem when a person gets too addicted to it or obsessed with the world on the screen. Some people may consider real life too dull and boring, compared to the exciting adventures they have in the game, and it may even lead to associating oneself with the favorite character. Spending a lot of time in front of the screen may also cause problems with eyes and spine.

A2 Only few people work at the development of a game.

A3 Communicating with other players is more interesting than actually playing the game.

A4 One may become obsessed with his or her favorite.

A 5 Spending hours in front of the computer screen is unhealthy.

A6 There are 5 big companies producing computer games.

A7 Some people think computer games are more exciting.

4. You should apologize … her.

9. He was an excellent actor and his … was always convincing.

11. In summer even in big cities many people … short and T-shirts.

12. She is very …, she finds it difficult to meet people and talk to strangers.

14. When they lived in England his parents weren’t rich and couldn’t sent him to a … school.

Listen to the text and choose the correct answer

a) theatre b) cinema d) library

c) spectators used to walk there

a) much than b) more than c) less than

a) The stadium b) The stage c) A huge building

a) the stadium b) the theatre c) shops

a) not long ago b) in the third century c) recently

Does an angel contemplate my fate?

And do they know?

The places where we go

When we are grey and old?

Blake`s visions began early, and throughout his life he experienced what was, for him, direct contact with spirits of the long-dead, with angels, God and the devil. While modern psychiatry would consider Blake to have been under the spell of hallucinations, 3___________________________.

A. plays B. is playing C. play D. played

15. Newspapers and magazines ____ just by the postman.

A. will leave B. leaves C. leave D. is leaving

A. had bought B. bought C. was buying D. have bought

A. buys B. bought C. has bought D. had bought

School inspectors have found that contrary to all (0) expectations (EXPECT)

Choose a, b, c or d to answer the questions

a) Every cloud has its silver lining. b) Clothes make the man.

c) Every bird likes its own nest. d) Charity begins at home

What is your opinion?

Use the following plan:

– make an introduction (state the problem)

– express your personal opinion and give reasons for it

– give arguments for the other point of view

– explain why you don`t agree with it